With responsibility for providing counsel to a global asset management firm managing $96.9 billion worldwide, the global legal team at PineBridge Investments has always collaborated on a list of complex tasks, and its 30-plus members in offices across six countries strive to meet the ever-increasing demands of a growing business. 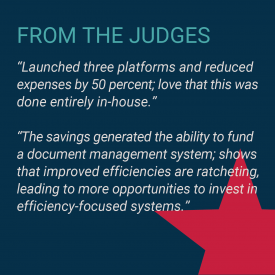 The firm‘s General Counsel, Cissie Citardi, decided to conduct a time study over a four-week period in 2018, to quantify anecdotal feedback about its operations. The study revealed that out-of-date administrative processes were creating a time drag and frustration for team members.

Utilizing the raw data to translate planned improvement into dollars, the firm showed that centralizing processes through legal operations would create capacity, provide better use of high-value legal resources, and save hard dollars.

“I needed empirical evidence. I was testing my own hypothesis because I needed to understand if this was the highest and best use of the firm’s resources,” Citardi says.

Newly aware of the growing legal operations field, Citardi began researching roles and technology. What happened next is a case study in standing up an in-house legal operations function that satisfies all stakeholders.

PineBridge hired its first Head of Legal Operations, Dana Huppert, in January 2019. In the first quarter, Huppert and her analyst evaluated the global legal technology platforms and existing workflows. They created a strategy roadmap and evaluated existing e-billing and time tracking processes. They discovered that the user friction and expense of the platforms were not justified by the results they delivered. Huppert recommended replacing both platforms and redesigning process workflows.

The team also realized that some of the manual processes were causing challenges for other departments, in particular, a circularity that arose as they attempted to work with Legal. Improvements required a change management approach that Citardi describes as “cover all bases top-down and bottom-up,” in which she explained to both clients and colleagues what was happening and why, and the benefits she anticipated.

To accomplish this, Huppert met with every member of the legal department as well as key clients in other departments to document existing processes. She shared proposed solutions and sought their input. “We were striving for 100 percent adoption of the new solutions. Seeking input made end users stakeholders. It was extremely successful,” she says.

To select a new platform, Huppert worked backward from the desired output: impactful reporting. She wanted a configurable platform but wanted to stay away from expensive customization. In the due diligence for vendor selection, she took would-be users through demonstrations to benefit from their input.

“Administration in asset management can be complex. There aren’t many off-the-shelf products that meet our requirements,” Huppert says. She found a startup that was willing to build a time-tracking product that met PineBridge’s needs. “We negotiated hard, but it was very cost-effective in the end,” she says.

Migration to the new e-billing solution prompted a global data cleanup for improved strategic reporting and drove revised billing guidelines, a new matter intake process, and an improved payment experience for global law firms. To support eventual compliance with the new system, the team collected input from future users. “We reached out to the billing contacts at our outside firms, who shared their challenges and gave great feedback,” Huppert says. The result is that Pinebridge now enjoys improved budget predictability by tracking actual spend through budget categories.

The legal operations team took a DIY approach to implementation. “Many vendors pitched implementation consultants, but we realized there was much we could do ourselves and save hundreds of thousands of dollars,” says Huppert. Training was conducted regionally and globally, and the team met their goal of 100 percent adoption within four months.

Once the new time tracking and e-billing platforms were in place, maintenance and support could be conducted in-house by the Legal team, reducing costs by 50 percent compared to the previous bespoke platforms that carried expensive annual maintenance contracts. These cost savings resulted in a surplus that was used to self-fund a document management system. To roll out the new technology, Huppert generated a strategic plan for sequencing and staging over a 12-month period.

“The project set a new bar for us. Other departments have been pleased and benefited with these advances as well,” says Citardi. “We had not fully anticipated the benefits for those other teams.

“Best, many people don’t think of legal departments as innovative. This project really helped to set us apart.” 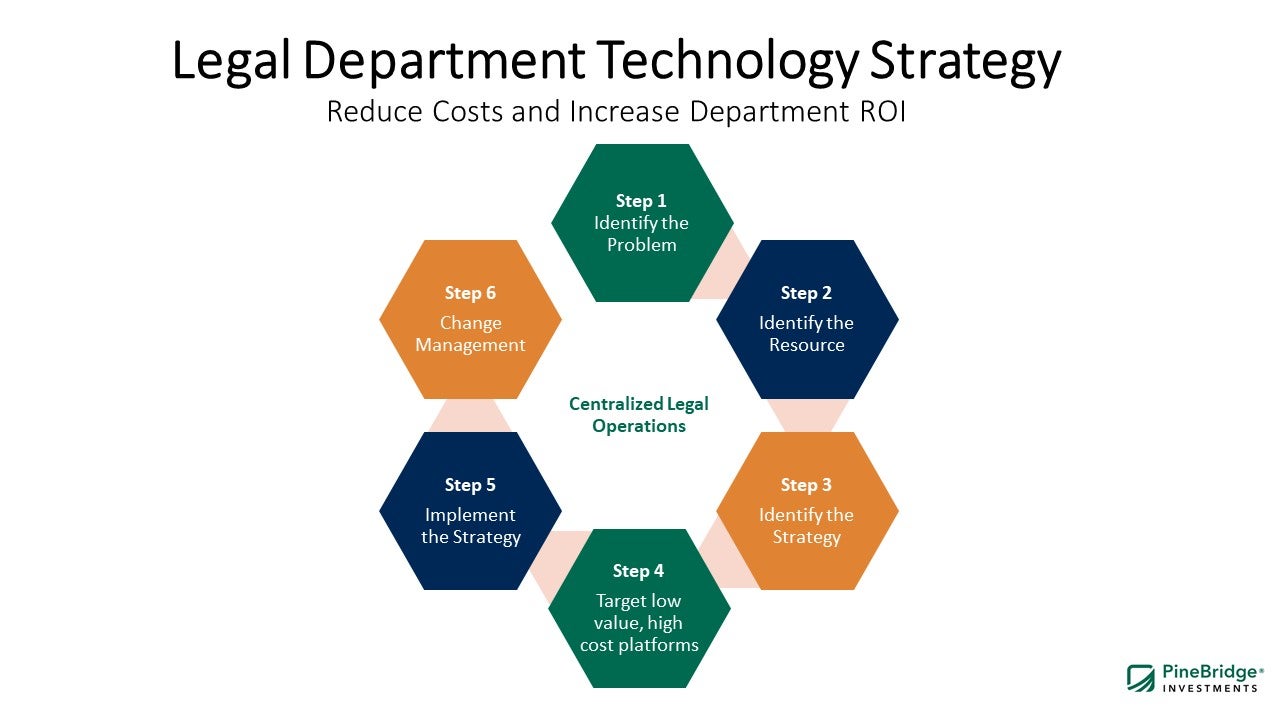