When Rabo AgriFinance LLC (RAF) began implementing Lean Six Sigma and other continuous improvement approaches several years ago, the initiatives eventually reached the legal department in St. Louis, MO. RAF is one of four U.S. significant operating entities of Rabobank, one of the world’s largest food and agricultural lenders. The 25-person department handles corporate governance, litigation, lending, regulatory advisory, derivatives, and other areas and is headed by Regional General Counsel Philip Kirkpatrick, who has been with the bank since 2013. As the department began to measure turnaround times in the bank’s loan documentation and legal review process for large agricultural loans, Kirkpatrick discovered inconsistent delivery, inefficiencies, and turnaround times that were too long. Those delays could be significant for RAF, one of the five largest agricultural lenders in the United States, with a loan portfolio of over $11 billion. 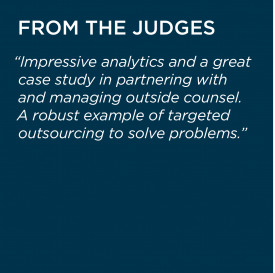 “We really lost confidence in how we were structured as a legal team, as it relates to providing lending-related services,” Kirkpatrick says.

Corporate leadership determined the process could be more efficiently handled by outside attorneys and, after issuing an RFP, turned to their longtime partners at Thompson Coburn, with whom they’d been working for nearly a decade. The move wasn’t without angst, Kirkpatrick says. “We struggled with the perception of the decision. Were we outsourcing the legal function in totality? Would we lose control with outsourcing a key risk activity? It was definitely stressful, to say the least.”

RAF selected Thompson Coburn due to the firm’s commitment to the work and to a structured project plan and rollout. For example, in its proposal, TC had laid out a step-by-step timeline for the transition that listed specific deliverables for each party. The firm hired three experienced commercial finance attorneys to work at RAF full-time. Together, the teams created a value scorecard that is regularly reviewed and adjusted so RAF can measure the value of the relationship and Thompson Coburn can ensure it is delivering against expectations.

This is the first time Thompson Coburn has used a value scorecard in a client engagement, says Mark Kaltenrieder, one of the partners who manages the relationship. “It ensures that we are aligned on how we would define success in terms of turnaround time and quality, how to ensure efficient review, how we would process conflicts, and how we would incorporate feedback from business partners. It is a living document.”

The team leveraged big data to develop an innovative model to reasonably predict how long legal review of a loan should take, based on specific variables. They adjusted the variables to create predictability, and cross-compared with actual time spent on loan review to validate the model. Data analytics allowed RAF to target stress points in the process and identify areas for improvement: “Measuring through exceptions,” as Kirkpatrick put it.

The statistics also help RAF project staffing needs, allowing the company to allocate its resources wisely and avoid over-staffing. Because the attorneys working on RAF matters are Thompson Coburn employees, staffing risk in terms of ebb and flow has been assumed by the firm. RAF has instant access to additional attorneys at Thompson Coburn to address discrete and unusual questions. The loan documentation and legal review work is done under a monthly fixed-fee arrangement, which has been expanded to include other legal services as new opportunities for legal work arise.

Redesigning the process to bring the outside attorneys inside helped RAF think through how they process documentation and how complex the process was, says Kirkpatrick. Initiating the engagement with Thompson Coburn provided a chance to eliminate handoffs, overlap, and other inefficiencies. Requests are no longer sitting in queues, and the Thompson Coburn lawyers have all the necessary documents for review which helps reduce inefficiencies. As a result, turnaround time that used to average five days now takes just one and a half, a reduction of 70 percent. The system is enabled to send warning notifications of any loans that take more than 15 hours, and the legal department charges costs back to the business if the work exceeds the budgeted number of hours.

Thompson Coburn regularly handles 35 to 60 loans each month on relationships in excess of $12.5 million. The fixed fee for the engagement amounts to a reduction of more than 10 percent in the average monthly staffing cost for keeping the process inside. Further, internal customers now have a consistent point of contact in the legal department; the Thompson Coburn lawyers flag recurring issues and assist with training RAF line staff so that the files are more complete.

Previous to the changeover, anxiety was high internally, says Kirkpatrick. He and members of his team traveled to the nine locations across the United States, making presentations and demonstrating how the new process would benefit their internal and external clients by creating efficiencies, predictability and a more standard work product.

“While the decision to outsource our legal expertise was not one taken lightly, we have been extremely happy with the results,” says Curt Hudnutt, executive vice president and head of rural North America for RAF. “Our customers and client-facing team members are extremely pleased.” 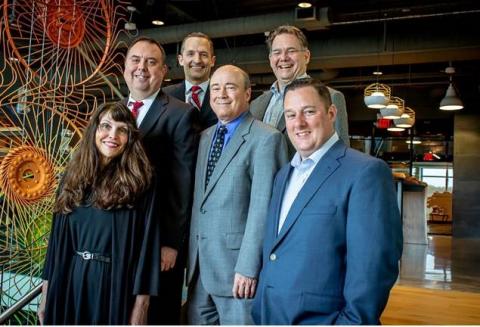