Teaming Up to Innovate in eDiscovery Management

The holy grail of document review, as Deutsche Bank noted in its Value Challenge submission, is to find “all and only” the relevant documents during e-discovery. But as they also noted, that is easier said than done. Their prior e-discovery model, directed by outside counsel and conducted ad hoc on individual matters rather than focusing on organization-wide results, proved unsustainable at scale. This e-discovery process caused three major inefficiencies, says Global LRE Head Joe Salama. “It created the risk of costly errors; it was slower than we wished in a space where speed is critical; and it led to higher costs because we had to retrieve more data than we needed. Because we were not as quick as we would have liked, we had to cast a wider net at the outset.”

The Deutsche Bank Legal E-discovery Team, part of the bank’s Litigation and Regulatory Enforcement Team (LRE), took the reins in early 2017, focusing on reducing risk and cost. The partners created an e-discovery Center of Excellence that would enforce tight process controls and standardization while leveraging innovation and integration of new technologies. The effort is largely in response to an environment of huge financial sector dockets with large-scale requirements and rapidly multiplying data types such as chat, instant messages, and audio, as well as a variety of foreign jurisdictions, languages, and data privacy requirements. 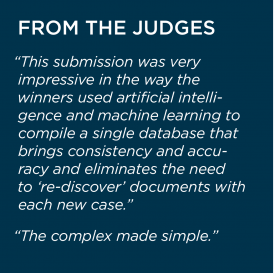 The team partnered on the project with co-Champ QuisLex, with whom the bank had been working since 2008. Kelli Stenstrom, Global Head of Legal E-discovery, had taken on full-time responsibility for the effort and had assembled a team of four. “We leveraged our longstanding relationship with QuisLex, which enabled our small e-discovery team to take on the work,” Stenstrom explains. “With that specialized core team, we could look at e-discovery programmatically and in jurisdictions outside the United States to ensure we were handling cases globally in a consistent manner.”

After extensive data analysis and mapping, the team revised and standardized DB’s e-discovery approach to include the following elements:

Creating a dramatically different approach to matter management at multiple outside law firms required skilled change management, aided by clear executive sponsorship from Salama and Rose Battaglia, Legal Chief Operating Officer. Integration of the eDiscovery team into the Litigation and Regulatory Enforcement Team at Deutsche Bank was a key element in delivering the desired change. “This was client-driven change,” says Stenstrom. “Only a centralizing force like LRE could render the process globally optimal and bring consistency to matters across an international enterprise like ours.”

Uses tech-enabled jurisdiction analysis to assess the least number of documents requiring review and redaction to comply with the data privacy laws of more than 30 jurisdictions.

Over the past year and a half, standardization and the tech-enabled review processes saved Deutsche Bank millions of dollars. The cost of managed review during the 18-month period declined by 49 percent. Despite significant variation in the types of matters, more than 90 percent of managed review projects were on time and within budget.

“Deutsche Bank is a leader in pushing these kinds of innovations. Their legal department was very early in taking the position that first-level review should not be done by law firms,” says Gummaregula.

“This has been a long journey. It probably took us longer because there were few examples to emulate,” says Battaglia. “We have been able to build things that no one else in the industry would take a chance on, which took incredible insight from the lawyers who work in this department and their commitment to developing a defensible process that would pass muster before any regulator, any court, and most importantly our own management board.” 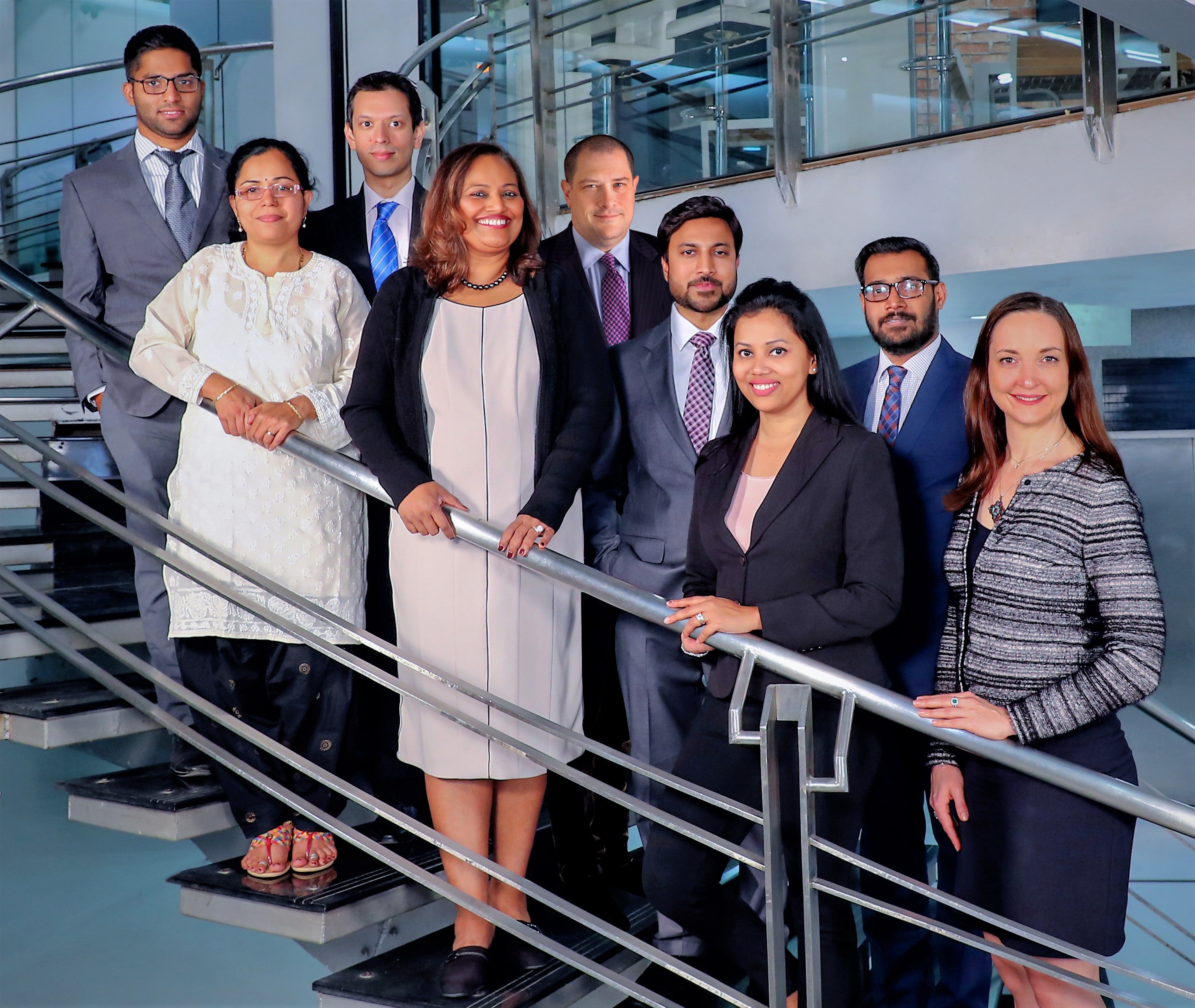