Partnering to Provide Legal Services and Inform Outside Counsel Management

When Anglo American, a global mining company, acquired a majority share in DeBeers in 2014, the legal department became an amalgamation of four previously distinct departments. “All were very disparate, very business unit-focused, with very different types of practices,” says Kevin Lester, Head of Group Legal in South Africa. After trying to unite the 57-person department with a common vision and purpose, the mining industry encountered a downturn in 2015 as commodity prices plummeted and the legal department took a serious hit. Headcount was reduced by two-thirds. Fortunately, Lester had qualified assistance at his disposal. He had begun partnering with Exigent, a leading alternative legal services provider, several years before. Their strong partnership would stand Lester and the legal department in good stead as those challenging times arrived.

“Although working with an LPO can be quite difficult, the only reason we were able to survive was because our relationship with Exigent had already matured,” Lester says.

“We had established a level of trust, which was paramount to setting us up for success,” says Nicola Stott, Global Managing Director at Exigent. “Handing things over to an LPO can be uncomfortable, but that trust really helped the process of shaping the future state of the Anglo American legal department.”

After the headcount reduction, Lester found himself standing on “a burning platform of well-publicized litigation, high work quantity, low quality, and inconsistency.” It was critical that he keep the remaining senior members of the legal department engaged and on board with work that suited their skill sets: “We needed to start leveraging the excellence we had [in those senior people].” 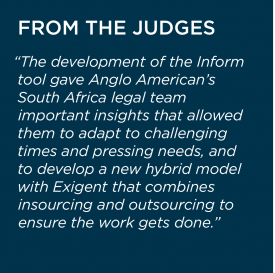 To stabilize the department and deliver cohesive service, Anglo American and Exigent combined process mapping, legal spend analysis, analysis of opportunities to realize greater efficiency, and the creation of a dedicated Exigent team onsite at Anglo American. They did this within an atmosphere of collegial experimentation. “There was no well thought-out strategic vision,” admits Stott. “While for many, there might have been a tendency to panic, we both knew that we might not get it right at first.”

To improve processes, the team established a new resource model that balanced the significant reduction in internal headcount with lower-cost, flexible resources provided by Exigent, some of whom work onsite. “We are not at all embarrassed to take that low-value, high-volume work in the context of achieving tangible commercial outcomes for our clients,” says Stott. “The teams truly complement one another.” One key metric that speaks to that claim is the sevenfold reduction in contract turnaround times.

To cut spending, one must first know what one is spending, and where - but Lester did not. “No one knew what we were spending on outside counsel. We had to get a handle on it.” Exigent developed a custom legal spend tool, Inform, initially for South Africa, but now rolled out to all Anglo American global jurisdictions. It allowed Lester to understand what activities Anglo American had been paying for. He began to institute more rigor into scoping and billing and conducted a convergence exercise that and reduced outside counsel from 75 firms to 14; spend declined by 35 percent over three years.

The reorganization of processes drove cultural change within Anglo American that went beyond the legal department, as well as within the Johannesburg legal community. “These kinds of innovations had not yet come to South Africa. It’s not as though anyone else was doing this rigorous examination of external spend,” says Lester. “Individual lawyers felt that we were attacking their billing practices.”

They incentivized external legal providers to work with LPOs to align with reorganization efforts and entered into long-term agreements to incentivize cooperation between their suppliers. Exigent provided project management expertise in legal department optimization.

Through the use of historical data about suppliers, Anglo American is now able to predict and plan for future expenditures, guided by a five-year strategy to control legal spend that leverages the Inform technology. The company continues to lead the way in the South Africa legal community by globalizing their innovations, moving into alternative fee arrangements, and beginning to scrutinize the internal practices of their outside law firms.

“The radical change that the markets forced on us has endured well beyond the ensuing upturn,” says Lester. “Our technology, partnership, and delivery team are faithful to the company mission and one that reacted in times of difficulty to build a long-term, sustainable model. 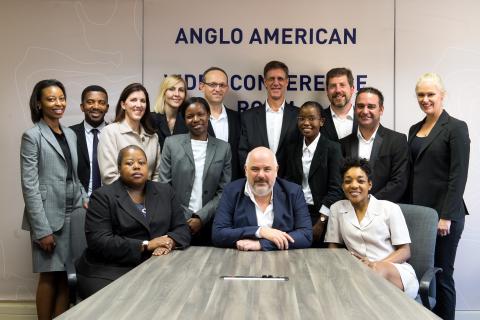 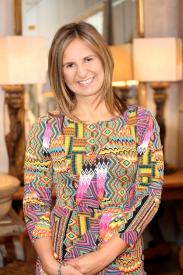