What Gets Measured Gets Managed

A year ago, the members of the legal department at Walmart, in Bentonville, Arkansas, set themselves a goal: to pursue an initiative worthy of entering in the 2018 ACC Value Challenge. Their proprietary software solution, the General Counsel Insights Platform, has garnered Walmart not only a Value Champion designation but impressive results during the first year of its implementation. 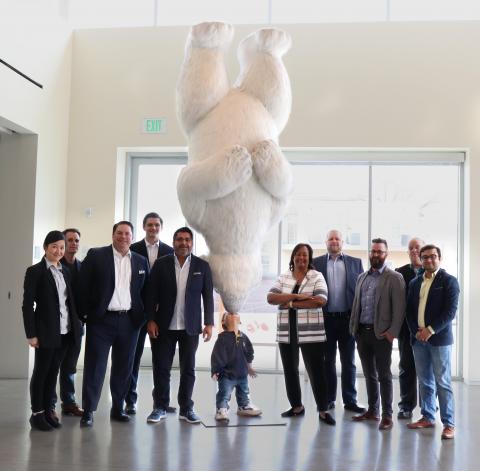 
Within the 320-person department, Phyllis Harris is one of six Senior VP/General Counsels. For the past three years, she has led the team focused on legal operations. She was given a blank slate to become a more cost-effective and better aligned legal department. "We sought to transform from a transactional stance to a function equipped to manage our data and deliver analytic capabilities," she says. Harris made some critical strategic hires, including data science and visualization professionals and finance folks. One of the first is Tariq Abdullah, an attorney who understands data and had worked with Harris in her former role in compliance. Joining the legal department presented a unique challenge.

"The legal department was operating with some outdated systems, processes and skill sets," Abdullah says. "Under Phyllis's leadership, we had a great opportunity to focus on legal operations through data and analytics."

The key question the pair was trying to answer: Why did costs continue to escalate? There was limited visibility into spend, Harris says. "We had to clean up our data to use the systems, which led us to discover the need for an entirely new system."

To get the visibility they were seeking, two of the new data scientists designed and programmed the General Counsel Insights Platform (GCIP), an ecosystem of dynamic and connected dashboards that focus on key performance indicators (KPIs). Designed to empower members of the legal department to make better informed, data-driven decisions, the system focuses on up-to-date, actionable KPIs in such areas as firm/vendor spend, work allocation, matter detail, gender and diversity, practice areas, and firm/timekeeper rates. Harris's team leveraged existing Walmart resources to build the platform themselves. Harris estimates that this saved $1 million over using an outside vendor.

The main dashboards of GCIP show data and KPIs for:

The dashboard allows for better informed and data-driven decisions based on historical trends, Abdullah explains. In one example of how Harris walked the talk with the data, she met with Walmart's top 100 relationship partners, handing each of them a copy of their diversity figures and inviting them to correct or augment it. Several firms declined to provide the information she sought, so she drew a line in the sand: Walmart would no longer work with firms that did not provide that data by June 1, 2017.

The department also implemented a Master Engagement Letter (MEL) and rate cards that establish a uniform agreement and onboarding for firms and timekeepers. They expect to achieve significant long-term savings by locking rates for multiple years, projecting 10 to 15 percent savings for 2018; these locked rates also enable budget predictability. The MEL Master Dashboard displays MEL rates versus old rates by year, a running total of savings, average rate increases, and savings by program duration. The rate comparison gives the legal department the ability to manage matter spend more efficiently and positions them to implement value-based fees.

The development of GCIP reflects a change in approach for the Walmart legal department. Whereas its prior state was very siloed—"We didn't go outside of the legal department for inspiration because we didn't think that there was anyone else as smart as we were," says Harris—the development team drew inspiration from many places, including within the company's IT and Merchandising Divisions. They learned from the IT department's enterprise-wide data analytics team, advancing toward Harris's goal of a legal department that focuses on operational discipline, efficiency, transparency, and a culture of innovation "often found in other corporate departments, but not often in Legal." The department now hosts an annual legal hackathon. They learned about vendor negotiations and the early concept of the MEL from merchants who negotiated with suppliers daily.

Recognizing the importance of effective change management, and knowing that communication is critical, Harris detailed one person to do just that, through weekly newsletters, videos, quarterly messages from the General Counsel, and other techniques. Getting outside counsel on board was also crucial, and movement in desired directions is demonstrated in the dashboards.