With opportunity often comes challenge. Ocwen Financial Corporation had the chance to transfer existing mortgage servicing rights with $110 billion in unpaid principal balances to another company as the named servicer, which would generate hundreds of millions of dollars in up-front fees. But the challenge was just as great: the need to review 15,000 agreements and documents and analyze 300 data points from more than 2,000 mortgage servicing deals in only two months.

That reality was daunting, not only in terms of size and scope.Because Ocwen would maintain subservicing of the loans, quality of the review was essential, and accuracy could not be compromised. Ocwen's legal team needed a way to conduct the process that was fast, accurate, and affordable. Deputy General Counsel Adrienne Coffin, who  joined the company four years ago to create a new contracts group, was in charge of finding a solution.

At the suggestion of one of Ocwen's legal professionals in Bengalaru, India, Ocwen teamed with QuisLex, an alternative legal service provider with a significant execution capability in India. Together with Hunton Andrews Kurth and Orrick, Herrington & Sutcliffe, two of Ocwen's outside law firms, the company reengineered its due diligence delivery model to create a technology-enabled process that defines roles for each of Ocwen's in-house and external legal teams to fit the unique value they bring to a specific project.

"Ocwen's primary focus is always to operate at the highest standards, so quality is non-negotiable. However, the scope and critical time constraints of this project were nearly impossible," Coffin says. Her plan to use an entirely new process and provider under those constraints was a little unusual, she admits. "But I always look for ways to challenge conventional methods to help find the right solution that can add value to a project and our business."

QuisLex had worked on many significant M&A due diligence projects, says Sirisha Gummaregula, chief operating officer for QuisLex. "What was new for us was the different types of contracts included in a securitization. As we built a customized workflow on top of established processes, we kept checking in with our Hunton and Orrick representatives to make sure we were getting it right."

The AI-based technology-leveraged workflow allows for clustering similar agreements, searching to highlight key concepts to be evaluated substantively and streamlining the review with automated responses and guided help text.

The resulting summaries were routed to Hunton and Orrick for a final check by the subject matter experts. "As we received the results of the reviews, we were very optimistic about the work product," says Sherry Yeatts of Hunton. "It was extremely valuable to have QuisLex managing the technical aspects, so we could focus on the substantive issues."

Altogether, almost 200 professionals worked concurrently across four organizations. Leaders held brainstorming sessions; complex decision-making protocols were disseminated through daily communications. The result is a spreadsheet database that has more than 300 columns of data on aspects of each of the 2,000 deals. Taking the time to plan, train and refine the process, while focusing on the highest and best use of the skills of each organization, was critical to generating accurate data, Coffin says, and has contributed to the lasting value of the database.

"Diligence projects were done for servicing transfers in the past," she says. "The information was useful, but people didn't really save it and use it. We began to believe that we should do this only once and build on it with each new project to move forward. During the up-front preparation time, team members were getting a tremendous amount of outside pressure for faster results, but the planning paid off ten times over." Ocwen and the QuisLex, Hunton and Orrick teams have continued to build on the data in the next phases of the consent and transfer process.

That discipline of capturing data and re-using it is a huge driver for many of QuisLex's clients, says Gummaregula. "The data analytics become business intelligence, which enables negotiation at a holistic level rather than a transactional one; and gives clients greater leverage."

With a significant cost savings realized over a traditional approach and on-time project completion, Ocwen's legal team drove true enterprise value for the company. There were benefits for the other parties as well. "QuisLex was able to quickly get up to speed on the structured finance nuances. This is a complex industry, and this experience has added meaningfully to what I can offer to clients moving forward," says Marty Howard of Orrick. 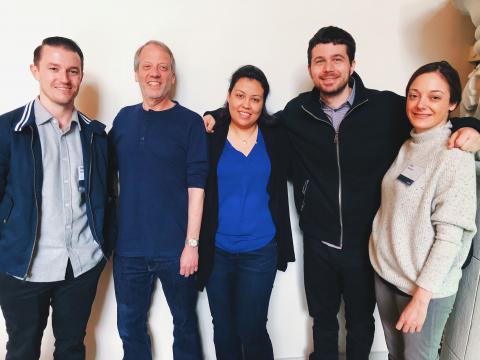