Outside Legal Support of Procurement and Contracting As a Managed Service

Microsoft’s Procurement & Contracting (P&C) group, a small in-house legal team supporting procurement contracts globally across Microsoft, was producing excellent results, but knew things could be improved. Lucy Bassli, assistant general counsel, says that she felt there were opportunities for greater efficiency, quantification, engagement, and budgeting and forecasting. She had been working with about 17 different firms on about 29 matters, and legal spend was unpredictable, swinging away from projections by as much as 200 percent.

“We had a group of preferred law firms, so there were many good ones to choose from. We got high-quality services, but there was no clear path for overseeing the work that I outsourced,” Bassli says. “Further, I wanted more information and learning from the work.”

Inspired by a successful six-year relationship with Integreon Managed Solutions, a legal process outsourcer, Bassli and her team decided to take a different approach to how they used law firms for procurement contract support. Integreon had been doing repetitive, lower-risk contract reviews. The things that Bassli liked about that arrangement were the insight she got from data and metrics, the ability to make changes, and Integreon’s focus on operational efficiency, “in the DNA of LPOs.” 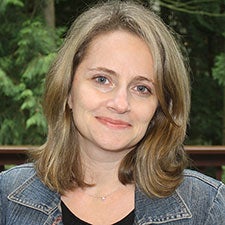 Through an RFP process, Microsoft selected a dual-firm solution delivered jointly by Davis Wright Tremaine (DWT) in the United States and Addleshaw Goddard (AG) in Europe. Addleshaw Goddard serves as a subcontractor to DWT, an arrangement suggested by Bassli during the RFP process (“I didn’t want two programs and two sets of bills,” she says). The firms were selected partly because Bassli was “really impressed that they were interested in new delivery models.”

Implementation of the new managed service model comprised three major parts: operations, technology, and substantive legal knowledge and understanding. The operations portion meant creating shared expectations, establishing work processes, defining metrics for success, and putting strong project management principles into play. All procurement contracts (purchasing agreements), chunked by type, would be sent to DWT, which divided them with AG, which would get at least 20 percent of the work.

Success metrics were laid out in service-level agreements, still rare but increasingly seen in the legal world. They stipulate target timeframes for first procedural response (six hours), first draft (three business days), and final draft (two business days). Although procurement and contracting requires higher-level negotiating skills, Bassli says the high-volume work “lends itself beautifully to pushing the envelope” and notes that “all [of our] firms are already making strides in the same general direction of innovation.”

The relationship is supported and facilitated by technology, including a dedicated email alias that generates automated responses at intake and completion; a SharePoint site for the managed service; and backend reporting capabilities. The SharePoint site is the repository for program documentation, status, metrics, reports, and a discussion forum for knowledge sharing. Technology has been critical to the success of the project, Bassli says; DWT has a technology expert on the team. She notes, however, that “we are not automating the legal service, but providing online access to reporting.”

To ensure alignment, DWT and AG lawyers were trained on Microsoft law department templates, and playbooks were created or updated. As team members learned about the quality of Microsoft’s templates and fallback options, they worked to improve the playbooks. Ongoing, data-driven template revisions help to smooth future negotiations. Clear and consistent processes mean improved service to internal clients.

One of Bassli’s primary goals in creating the project was to ensure that her internal team does only the most critical work, using their top-level skills. In addition to increased ROI, she is seeing increased workplace satisfaction as attorneys handle more strategic work and engage on other types of contracts that provide greater value to Microsoft.

Her second primary goal was to gain insight on her own business. Broad data collection now enables her to see where volumes are coming from, when, and what they are. “Seeing the big picture is key,” she says. “We use this information to improve efficiencies and identify areas for improvement.”

The fixed-fee arrangement has brought cost savings as well as improved budget predictability. With a lower base rate used for the fixed-fee, the team is seeing a savings of about 18 percent compared to what they would have paid in prior years.

"Microsoft's search for something more than a fixed fee sets it apart from other entries. They knew they were receiving quality services, but they initiated a very robust program guided by extensive monitoring and a focus on continuous improvement."