In 2011, as the American automotive industry continued its recovery, so did its demand for parts. Yazaki North America, Inc., regional headquarters for Yazaki Corporation operations in North and Central America (YNCA), along with other suppliers, needed to respond with greater capacity. The same was true for YNCA’s legal department: As the company significantly expanded its manufacturing footprint, its members also had to demonstrate their value.

The company had hired a new president the year before, in 2010. Coming from Europe, he was accustomed to a very different model for in-house legal services, one in which everything for operations was outsourced and managed by a single attorney, explains Lois Elizabeth Bingham, vice president, general counsel, secretary, and compliance officer. Even though at that time Legal was a department of only two attorneys, the new president wanted to know what they did and what value they brought based on metrics.

“We didn’t have that data or evidence, and we didn’t want to guess,” Bingham says. The president also questioned whether department personnel might be doing unnecessary tasks. Bingham, working with Terrence Thompson, the department’s senior projects and contract manager, responded by launching a data collection and strategy development effort — the beginning of their value journey. They engaged consulting firm Lumen Legal to assist them adopting core values to guide their work. They: 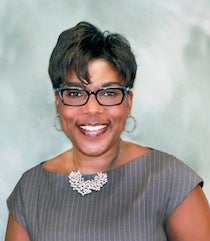 An internal survey revealed the need for better tracking and metrics on legal department response to requests. All business units, functional groups, and affiliates were assigned a specific lawyer as their liaison to the department; then, a technology solution was implemented.

“I wanted to better leverage technology that we already had in place,” says Thompson, who worked with YNCA’s internal IT department to develop a Legal Services Request (LSR) intake process using SharePoint. LSR automatically routes the request to the appropriate department member and provides the requester with tracking and status updates.

“LSR also provides key metrics that allow us to assess attorney workload, response rates, number of matters handled, and business groups supported,” says Bingham. “We are now able to generate reports that can be shared with executive management.”

Using the survey results as a base, Bingham and Thompson also conducted a Legal Work Value Assessment, identifying the value and risk of work performed by the department. They surveyed super users and analyzed the company’s regional strategy to assess potential legal needs. Armed with this information and the increasing request for assistance from internal customers, Bingham hired three additional lawyers for the Michigan office and created a legal department in Mexico, staffed with three lawyers.

Conversations with internal customers, now done annually, also informed a new budget control process with monthly budget and actual reconciliation, and a forecast process that allows the legal department to proactively determine needs. To ensure that department staff were equipped to collaborate in their new bilingual environment, all had the opportunity to take Rosetta Stone language courses at company expense. Thompson pursued a Project Management Professional certification to bolster his evolving role as project manager.

The Legal Work Value Assessment revealed that department members were indeed engaged in low-value, often administrative, work. “While we have empowered the organization to make changes to a standard set of contracts, change, at times, can be slow. After conducting region-wide education and training of our business clients, we recently proposed to the organization to offload that work,” says Bingham. 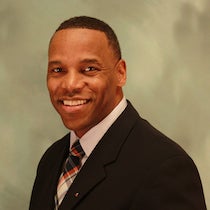 In this period of transition, the members of the legal team turned their attention to high-value work. As the company significantly expands its manufacturing footprint, they focus on the legal needs of new plants, warehouses, distribution centers, and logistical strategies to meet the increased demands from external customers and expanding customer footprints. “We also put legal people at the hip of salespeople,” Bingham says.

In addition to the LSR SharePoint site, the department began using an online training program to supplement live compliance training; its use has contributed to a nearly 100 percent completion rate in compliance training. Other technology innovations include file management, matter management, and e-billing. “These provide greater data transparency and metrics for our key performance indicators,” says Bingham. “E-billing means less manual oversight of attorney invoices and provides greater analytics for budget and spend analysis.”

Naturally, as YNCA built up its internal legal department, it was able to insource more work and reduce reliance on outside law firms. Bingham also altered the terms of those engagements, using RFPs, mandatory budgets, hourly rate metrics, and success based fee arrangements. Over the initial year – June 2012 to June 2013 – spend on outside counsel was reduced by nearly 58 percent. Over the three-year period, spend was reduced by 52 percent. Somewhat surprisingly, Bingham was also able to reduce the legal department’s operations budget by 19 percent in the first year of the effort.

In the midst of the plan, a new CEO was appointed. Bingham noted, “While the value of these initiatives seemed obvious to the legal department, extensive communication on the value proposition ultimately resulted in the new CEO’s support of our vision and planned cost and process improvements.

“It was definitely challenging to manage this transformation at the same time as doing business and developing the staff,” she says. “We pursued a fast pace, but tried to be nimble and flexible. It was really a great experience. The team coalesced and put their all into realizing our shared vision: to be a best-in-class legal department.”

“Total solution and value focus – looked at both people and technology; unique integration and understanding of the business to deliver value.”