Embraer is a global aircraft manufacturer that employs 32 lawyers and 8 administrative staff in Brazil and the United States. When the company launched its lean manufacturing initiative in 2008, the members of the legal department wondered how that philosophy of continuous process improvement might be translated to the practice of law.

"It was easy to embrace lean on the manufacturing side—they could hit the ground running with well-established processes and procedures. And it's easy to see improvements," comments Terena Rodrigues, executive vice president and general counsel. "But in the legal world, there was not a lot of guidance or prior example. In fact, many legal departments have been very resistant.

"The department at Embraer wasn't starting from zero, having deployed some prior efficiency initiatives. One of those was the creation of a standard document database that engaged the entire company, even the governance function. "We looked at what we already had in place and built on that to make a more robust effort," Rodrigues says.

The key to that increased robustness, Rodrigues thought, was to understand the potential benefits and value of implementing lean principles within the legal department. She and her team asked themselves, "What are our products? What really matters to our internal clients?"

"We came to the realization that this could truly make an economic difference for the company," she says. 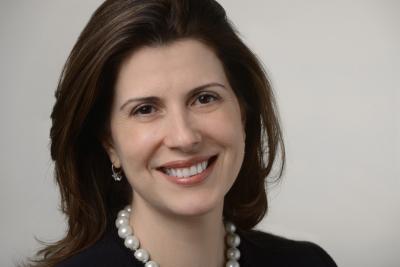 Their first step was to define, in consultation with their clients, critical items in the performance of the legal department. These requirements—quality, timeliness and flexibility—became the premises to define the Key Performance Indicators on which products and services would be evaluated. Ongoing customer input, in the form of a bimonthly Market Feedback Analysis, ensures two-way communication and identifies potential areas for process improvement. Some of these include simplifying standard contract forms, implementing standard procedures for recurring activities and internal consultations and so forth. Leveraging Kaizen, a methodology commonly used in lean initiatives, helped the team obtain the radical improvements in processes they sought: a group of lawyers conducts root cause analysis on processes that are nonconforming. Their efforts ultimately resulted in earning the legal department a lean silver certification.

For example, in contract negotiations, the goal was to simplify and standardize the procedure and shorten cycle time by 30 percent. Investing US$400,000, the team built and implemented a web-based system that contains a pre-defined workflow for each type of document. It guides business leaders through the necessary steps, including legal revision and approval, until each document is signed and properly filed. Forms were simplified; negotiation cycles were shortened, meeting the goal of 30 percent; and the ratio of standard to nonstandard agreements was improved from 39:61 to 45:55. "This is a major achievement, as standard forms don't require legal review. This reduces costs and puts the legal team in a position to focus on strategic deals," says Rodrigues.

Client training was a key strategy to making these changes. "We're not trying to turn them into lawyers, but to create a basic understanding," she says.

In another major lean initiative, the legal department considered and re-engineered its relationship with law firms. They pursued an ambitious goal to recalibrate and equalize spending, so that internal and external spending would be in a 1:1 ratio. Reducing overall outside counsel spend by 20 percent is part of the legal department's strategic plan through 2016. To meet these goals, the department implemented standard engagement procedures to ensure more efficiency and adherence to the company's contracting requirements. They created and are implementing two databases, one that contains all of the legal opinions produced by law firms for Embraer; and another that contains sufficient relevant information about all of the external firms to help in-house counsel with selection and fee negotiation. It even contains ratings and reviews supplied by in-house counsel: "It helps us understand work that has already been done, and evaluate the law firm and the specific attorney who worked on the matter," Rodrigues says.

Taking to heart lean's philosophy of continuous improvement, Embraer Legal has also ensured that 100 percent of all unfavorable court decisions against the company generate improvements to processes and activities through the lessons learned methodology, which starts with a root cause analysis. Many of these are related to labor matters; Brazil has labor laws that are very protective of workers, according to Rodrigues. Twenty-one improvements have already been implemented.

"We don't want to make the same mistake twice, so we study to understand areas of recurrence. This enables us to turn an adverse result into something positive, and the data we derive from the lean approach is extremely helpful."

Aside from the improved metrics already reported, the initiative has resulted in improved budget predictability by creating a uniform procedure to establish parameters for risk assessment of ongoing litigation. The team revised the basis for those evaluations to eliminate varying points of view, and to better reflect tax and reporting requirements. "We get a much more accurate estimate of how much we might spend on a claim," Rodrigues says.

"This is one of the most exciting nominations we reviewed. It really stood out, all the more so in that they prove that value concepts work everywhere."