When Jim Rowader joined Minnesota-based Target Corporation in 1994, the Employee and Labor Relations department employed 10 people. The company now has stores across the United States and Canada, and the department is 100 strong. Along with the increase in size came an increase in the complexity and number of matters, work production, and litigation. Rowader and colleague Greg Petouvis, a senior attorney who manages outside counsel relations, began their quest for increased value in 2006. Target held the first of what would become an annual conference of outside law firms, to educate them on the business of Target and break down barriers between firms. The motivation, says Rowader, was simple: 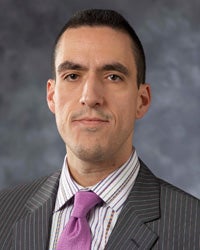 "The company's growth led us to the realization that our external lawyers should be more connected among themselves and to Target in a business sense," he says.

After that initial conference, Rowader's Employee and Labor Relations department began to drive efficiencies in which the work of one firm could be leveraged to help other firms. "That positioned us to create value-based fee arrangements," Rowader says.

Beginning in early 2009, the legal team began implementing a comprehensive, four-part system that addressed the main areas of their legal spend:

"We needed go-to law firms and attorneys across the country—a robust team," explains Petouvis. The timing wasn't coincidence, however: "The recession allowed us to deal proactively with cost pressures," he says. Target now has value-based fee arrangements in place with a number of firms.

For employee and labor relations issues, Target works frequently with local firm Nilan Johnson Lewis PA, which has been a willing partner in all four areas of the project. For day-to-day advisory issues, Target and Nilan Johnson Lewis negotiated a monthly retainer that would cover any such questions by Target lawyers, paralegals, and human resources staff. On single-plaintiff employment litigation, Target and Nilan Johnson Lewis entered into a staged flat-fee arrangement, with progress payments covering each of four stages of the litigation (through answer, discovery, summary judgment, and up to trial). They also agreed upon flat fees for major advisory projects, on a project-by-project basis. Finally, they arrived at a significant volume-based discount on class and collective litigation or related matters. Nilan Johnson Lewis also agreed not to charge Target for various costs, including online legal research. 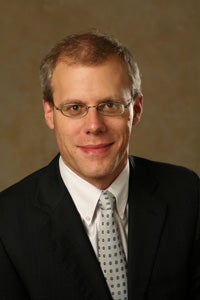 "We have designed a program that is not unrealistic," Rowader says. "We don't squeeze the firms with cost restrictions, but rather reward them for a great level of service and quality. Performance scorecards allow them to see all of our metrics, not just cost. We provide holistic feedback that helps the firms understand the importance we place on the overall working experience."

Results have been impressive. Whereas Target's previous costs for a single-plaintiff litigation might vary within a range of up to $200,000, the company now is able to budget for each case with certainty. Day-to-day advisory questions, which formerly ranged in cost from $3,400 to more than $15,000 a month, now can be budgeted predictably. Further, there's the intellectual capital that is gained and shared: Target Labor and Employment Relations attorneys and paralegals are encouraged to call Nilan Johnson Lewis counsel without any concern for cost if they have a difficult discipline or termination issue, unusual leave question, or thorny compliance concern.

From Nilan Johnson Lewis's perspective, the monthly retainer and project-based flat fees allow the firm's attorneys and paralegals a unique opportunity to learn Target's business and become more effective partners. The firm's attorneys become involved in significant matters at a very early stage as part of the compliance and preventative processes, and learn Target's policies and practices from the ground up. This also allows them to be a more effective partner in litigation.

The most significant results achieved, however, were in the reduction of legal cost. Target and Nilan Johnson Lewis monitored the amount spent in each of the areas covered by the project, and compared those figures to the amount that Target would have spent in a standard hourly arrangement. Cumulative savings over the three completed years of the project total almost $1.2 million, about 5 percent of total spend.

"We are humbled and pleased to be recognized as an ACC Value Champion," says Rowader.

"This recognition is an indicator of a great partnership," adds Petouvis. "We look forward to learning what other companies are doing." 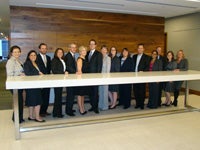 "The company nicely broke the project into four components and attempted different approaches appropriate for each. They also presented hard data for three to four years, showing truly significant savings without degrading the quality of the legal work being done."

"The "full-service" provided by Nilan Johnson Lewis PA for all labor-related matters with differing types of fee arrangements (flat fee with progress payments, volume discounts) has provided predictability of legal spend and will allow for efficiencies at the law firm."