The Royal Bank of Canada has 74,000 employees worldwide; more than 7,500 of them work in the United States. RBC Capital Markets' Minneapolis-based legal department provides employment law and litigation support for all of RBC's U.S. operations. Since 2006, RBC has worked with Chicago law firm Morgan, Lewis & Bockius LLP on labor and employment matters. For the past two years, client and outside counsel have worked to forge a deeper business partnership focused on improved budget predictability and reduction of legal costs. Key to this effort is a strong focus on creating, managing, and evaluating value-based fee arrangements. 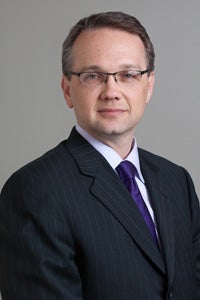 RBC Senior Associate General Counsel Todd Schnell has led the initiative. With 11 years of previous private practice experience, Schnell was familiar with the benefits and downside of billable hours. He joined RBC in 2005, and began to work on the value initiative in 2010.

"The biggest challenge was that lawyers are essentially service providers," Schnell says. "It's important to set expectations, but those are very different with alternative fees than with billable hours. Alternative fee arrangements permit much better projecting and predicting." Three things that positioned Schnell's operation well: the U.S. employment law group is quite small (four total); litigation volume is not high; and cases are relatively similar.

Schnell reviewed ACC resources to learn what other companies were doing and talked to RBC colleagues as well as those in different industries. The current state is "an evolution based on trial and error;" and some arrangements now in place are hybrids. RBC and Morgan Lewis are committed to continuous improvement; Schnell says the process requires "constant tweaking," and that Morgan Lewis has been "incredibly willing to work with us."

They have employed a wide variety of arrangements that have included

Both parties' effective management and monitoring of these value-based arrangements have allowed them to better manage expectations on the cost of a matter and to propose adjustments to the arrangements when a litigation has taken an unexpected turn. "We evaluate achievement against expectations, looking for predictable—although not always lower—bills," Schnell says. 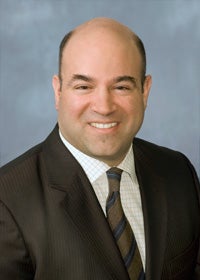 Schnell notes that he likes to look at cases in phases. In one instance, it became clear early on in the litigation that the actual cost of defending the matter would exceed the agreed-upon fixed fee, due to circumstances beyond the control of both parties. While acknowledging that a certain amount of risk is inherent in any fixed fee arrangement, RBC and Morgan Lewis agreed on an arrangement under which the firm would honor the fixed fee until actual costs hit a certain trigger point above the agreed-upon fixed fee, with a blended rate arrangement to apply to work beyond that point

In some wage and hour class action matters, Morgan Lewis's handling of the cases resulted in actual costs below the total amount of the fixed monthly fees that RBC had paid during the life of the matters. Morgan Lewis reconciled the difference according to a risk-sharing provision—resulting in legal fees that were not only predictable but were in fact lower than predicted as a result of the reconciliation.

Since 2010, value-based fee arrangements have resulted in an effective savings of 35 percent over the projected fees for that period. Not one employment litigation matter opened since 2010 has been billed at traditional hourly rates.

"RBC's General Counsel Group has actively promoted value-based fee arrangements and other management tactics to gain better value from outside law firms and greater predictability for our own budgets," said David Allgood, Executive Vice President and General Counsel. "By encouraging these arrangements, we also enjoy a smoother overall process as we start each project with a candid discussion of expectations and outcomes."

Schnell says internal working relationships have also changed for the better. "These arrangements have improved our relationships with internal clients, because we can lay out a reasonable expectation of costs, and demonstrate that we are trying to control costs. Legal is no longer a black box."

His best advice to other in-house attorneys considering implementing alternative fee arrangements? "Be creative; feel free to bounce your ideas off of outside counsel, and seek their honest feedback."

"An interesting mix of approaches for employment litigation, no doubt with the understanding that one size doesn't fit all, but with consistency on how to approach each matter. Also, an emphasis on managing and monitoring."

"The predictability and cost savings achieved were impressive."