The Vanguard of In-house Practice in Japan 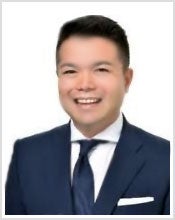 In 1979, when Hiro Kato first left Japan, the nation was on the cusp of a decade of rapid growth that would transform it into the world’s second largest economy. Japanese corporations, like Nintendo and Toyota, became household names all over the world during the 1980s. International corporations set up satellite offices in Tokyo to learn corporate strategies like lean process thinking, an idea popularized by the Toyota production system that strived to eliminate muda, a Japanese word for uselessness or wastefulness. The cultural exchange thus went both ways. During this era, leading global financial institutions, including Merrill Lynch, Morgan Stanley, and Goldman Sachs, were among the first companies to employ lawyers, known in Japan as bengoshis.

Meanwhile, as Japan was experiencing a boom decade of corporate innovation and record profits, the Kato family moved to New Jersey in January, 1979 when Hiro was only five months old. His father, the owner of a small toy company, moved the family to Bergen County, where his business was based. The Kato family maintained close ties to their native country. They spoke Japanese at home, and Kato went to Japanese school every weekend from kindergarten through high school. They also visited relatives in Japan.

By the time Kato was in high school, the in-house counsel role in Japan was rare, but growing. From the end of World War II until the late 1990s, only 300 to 400 lawyers passed the Japanese bar exam (fewer than two percent of aspirants managed to pass the notoriously difficult exam), and only a handful of those ever moved to a corporate role. In 1999, Japan had a little more than 16,000 lawyers. (For comparison purposes, about 58,000 lawyers live in Washington, DC today.) Just as Kato decided to pursue a legal education in 2000, more Japanese corporations decided to employ bengoshis. Responding to calls from the business community, Japan’s law school model expanded to include post-graduate schools offering a JD program. The number of bar-admitted lawyers in Japan increased dramatically.

Kato got to see this shift firsthand. In the summer of 2002, he was working in Tokyo on a summer associate program sponsored by the law firm Anderson Mori, which became his first employer. One year later, after finishing law school, he moved from Boston to Tokyo to join Anderson Mori as a lawyer, and subsequently moved to the Tokyo office of Baker & McKenzie. During his nearly ten years with Baker & McKenzie, Kato spent two years in their Chicago office, with the rest spent in Tokyo, servicing mainly Japanese clients.

In August 2013, Kato joined INPEX, Japan's largest oil and gas exploration and production company, having been asked to start its Legal Department from scratch. Despite INPEX's size and international portfolio, having around 70 projects in 20 countries, it did not have a dedicated legal department in Tokyo headquarters at the time. Only about 10 percent of Japanese in-house counsel hired in 2013 had a similar amount of experience as Kato. The majority of new in-house counsel hired in 2013 had less than one year of legal practice experience.

It was the first time that INPEX had hired experienced lawyers in-house. And in the first five and a half years, the Tokyo legal department has grown from one lawyer in 2013 to twelve by 2019. The majority of INPEX's in-house counsel in Tokyo have over a decade of experience working in large international law firms, as well as experience working with Japanese companies.

In July of 2017, the position of general counsel was established, and Kato was appointed as INPEX's first GC. As Japanese corporations began to create in-house legal teams, they needed to adjust (or re-define) reporting structures. In Kato's case, he now reports to one of the members of the board of directors. Together with the establishment of the general counsel position, INPEX changed the charter of the company's Executive Committee to specify that the general counsel would be in attendance. Prior to that, he would attend meetings but it would be on a more ad hoc basis. Now, it is a permanent seat.

In order to continue to grow INPEX's 12-personlLegal department in Tokyo, Kato is vocal about his leadership values, and his focus is on the team. He knows he is responsible for the Legal Department's performance, and he communicates that ownership throughout the organization. Trust is fundamental for any well-functioning team, he says, and it goes all ways: top down, bottom up and sideways. Leading by example is one of the simplest ways to lead, he believes. Continuous learning and development is an important component of leading, he asserts, because the larger idea is to build a legal department that will benefit and serve INPEX long after his time at the company. Kato's commitment to the in-house practice is a new model for Japanese companies and will benefit them, and in-house lawyers, for years to come.

Getting to know ... Hiro Kato

What is one thing about Japan that many people don't know?

The 3,000 Yoshino cherry blossom trees that are a beloved sign of spring in Washington, DC, were a gift from Japan to the United States in 1912 as a token of friendship and alliance between the two countries. A few dozen of the original trees still survive, and cuttings have been sent back to Japan. The annual cherry blossom festivals that occur in Japan have a deep cultural meaning, and I am happy that folks in the United States can enjoy the same experience, even after over 100 years.

What does a typical weekend look like for you?

I have two young sons, so our weekends are fairly active. They love sports, and we try to engage in activities that the whole family can enjoy. We are fortunate to have several nice parks nearby, and the mountains are not too far away from our home. In the winter, we enjoy skiing together. We are also fortunate that we have the beach less than an hour away. In the summer and fall, we enjoy going to the beach. I am trying to get my boys to take up surfing. Also, both sets of our parents are in Japan, so we try to spend time with them as well.

Where do you see yourself in five years?

Given that we started the legal department only five years ago, I believe we still have a lot more to accomplish in terms of having the proper organizational structures, processes, and protocols in place before we can say "mission accomplished." Inevitably, the mission will evolve with time. I will strive to continue to lead our team so that we get to that place as soon as possible, while also being mindful of ensuring that what we have created is sustainable, and that proper succession plans are in place.